Rise of the Dragons (Kings and Sorcerers - Book One) 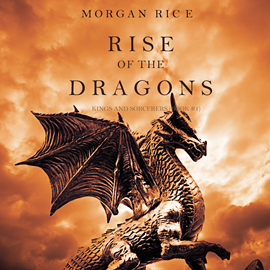 “If you thought that there was no reason left for living after the end of the Sorcerer’s Ring series, you were wrong. In RISE OF THE DRAGONS Morgan Rice has come up with what promises to be another brilliant series, immersing us in a fantasy of trolls and dragons, of valor, honor, courage, magic and faith in your destiny. Morgan has managed again to produce a strong set of characters that make us cheer for them on every page.…Recommended for the permanent library of all readers that love a well-written fantasy.”
--Books and Movie Reviews, Roberto Mattos

Kyra, 15, dreams of becoming a famed warrior, like her father, even though she is the only girl in a fort of boys. As she struggles to understand her special skills, her mysterious inner power, she realizes she is different than the others. But a secret is being kept from her about her birth and the prophecy surrounding her, leaving her to wonder who she really is.

When Kyra comes of age and the local lord comes to take her away, her father wants to wed her off to save her. Kyra, though, refuses, and she journeys out on her own, into a dangerous wood, where she encounters a wounded dragon—and ignites a series of events that will change the kingdom forever.

15 year old Alec, meanwhile, sacrifices for his brother, taking his place in the draft, and is carted off to The Flames, a wall of flames a hundred feet high that wards off the army of Trolls to the east. On the far side of the kingdom, Merk, a mercenary striving to leave behind his dark past, quests through the wood to become a Watcher of the Towers and help guard the Sword of Fire, the magical source of the kingdom’s power. But the Trolls want the Sword, too—and they prepare for a massive invasion that could destroy the kingdoms forever.

With its strong atmosphere and complex characters, RISE OF THE DRAGONS is a sweeping saga of knights and warriors, of kings and lords, of honor and valor, of magic, destiny, monsters and dragons. It is a story of love and broken hearts, of deception, of ambition and betrayal. It is fantasy at its finest, inviting us into a world that will live with us forever, one that will appeal to all ages and genders.

Book #2 in KINGS AND SORCERERS is now available!

“RISE OF THE DRAGONS succeeds—right from the start…. A superior fantasy…It begins, as it should, with one protagonist's struggles and moves neatly into a wider circle of knights, dragons, magic and monsters, and destiny.…All the trappings of high fantasy are here, from soldiers and battles to confrontations with self….A recommended winner for any who enjoy epic fantasy writing fueled by powerful, believable young adult protagonists.”
--Midwest Book Review, D. Donovan, eBook Reviewer 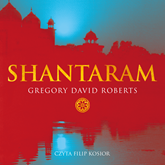 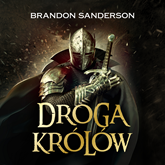 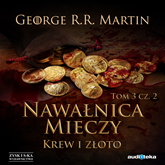 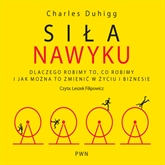 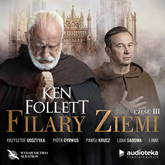