A Sea of Shields (Book Ten in the Sorcerer's Ring) 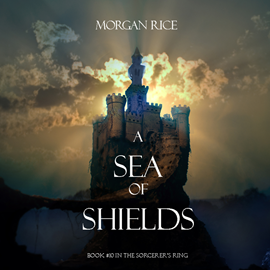 A SEA OF SHIELDS is Book #10 in the Bestselling series THE SORCERER'S RING, which begins with A QUEST OF HEROES (book #1)!

In A SEA OF SHIELDS (BOOK #10 IN THE SORCERER’S RING), Gwendolyn gives birth to her and Thorgrin’s child, amidst powerful omens. With a son born to them, Gwendolyn and Thorgrin’s lives are changed forever, as is the destiny of the Ring.

Thor has no choice to but to embark to find his mother, to leave his wife and child and venture away from his homeland on a perilous quest that will have the very future of the Ring at stake. Before Thor embarks, he unites with Gwendolyn in the greatest wedding in the history of the MacGils, he must first help rebuild the Legion, he deepens his training with Argon, and he is given the honor he has always dreamed of when he is inducted into the Silver and becomes a Knight.

Gwendolyn is reeling from the birth of her son, the departure of her husband, and the death of her mother. All of the Ring gathers for the royal funeral, which brings together the estranged sisters, Luanda and Gwendolyn, in one final confrontation that will have dire implications. Argon’s prophecies ring in her head, and Gwendolyn feels a looming danger to the Ring, and furthers her plans to rescue all of her people in the case of a catastrophe.

Erec receives news of his father’s illness, and is summoned back home, to the Southern Isles; Alistair joins him on the journey, as their wedding plans are put in motion. Kendrick seeks out his long-lost mother, and is shocked at who he finds. Elden and O’Connor return to their home towns to find things are not what they expect, while Conven falls deeper into mourning and towards the dark side. Steffen unexpectedly finds love, while Sandara surprises Kendrick by leaving the Ring, back for her homeland in the Empire.

Reece, despite himself, falls in love with his cousin, and when Tirus’ sons find out, they set in motion a great treachery. Matus and Srog try to keep order in the Upper Isles, but a tragedy of misunderstanding ensues when Selese discovers the affair, right before her wedding, and a war threatens to erupt in the Upper Isles due to Reece’s inflamed passions. The McCloud side of the Highlands are equally unstable, with a civil war on the verge of breaking out due to Bronson’s shaky rule and Luanda’s ruthless actions.

With the Ring on the verge of civil war, Romulus, in the Empire, discovers a new form of magic which may just destroy the Shield for good. He forges a deal with the dark side and, emboldened with a power that not even Argon can stop, Romulus embarks with a sure way to destroy the Ring.

With its sophisticated world-building and characterization, A SEA OF SHIELDS is an epic tale of friends and lovers, of rivals and suitors, of knights and dragons, of intrigues and political machinations, of coming of age, of broken hearts, of deception, ambition and betrayal. It is a tale of honor and courage, of fate and destiny, of sorcery. It is a fantasy that brings us into a world we will never forget, and which will appeal to all ages and genders. 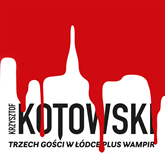 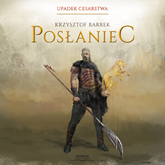 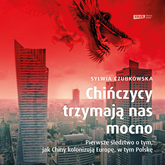 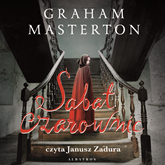 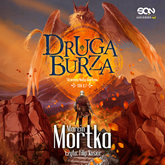 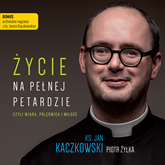