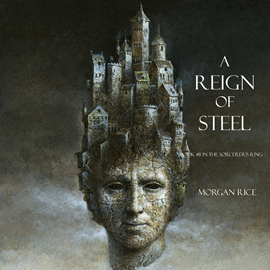 A REIGN OF STEEL is Book #11 in the Bestselling series THE SORCERER'S RING, which begins with A QUEST OF HEROES (book #1)!

In A REIGN OF STEEL (BOOK #11 IN THE SORCERER’S RING), Gwendolyn must protect her people as she finds King’s Court under siege. She strives to evacuate them from the Ring—but there is one problem: her people refuse to leave. As a power struggle ensues, Gwen finds her queenship under challenge for the first time—while the greatest threat to the Ring looms.

Behind the McClouds lie the threat of Romulus and his dragons, who, with the Shield destroyed, embark on a catastrophic invasion, nothing left to stand between them and the complete annihilation of the Ring. Romulus, with Luanda at his side, is unstoppable while the moon lasts, and Gwen must fight for survival—for herself, for her baby, and for her people—amidst an epic battle of dragons, and of men. Kendrick leads the Silver in a valiant battle, and he is joined by Elden and the new Legion recruits, along with his brother Godfrey, who surprises everyone, including himself, with his acts of valor. But even so, it may not all be enough.

Thor, meanwhile, embarks on the quest of his life in the Land of the Druids, trekking across a fearsome and magical land, a land unlike any other, with magical rules out of its own. Crossing this land will require every ounce of strength and training he has, will force him to dig deeper within, to become the great warrior—and Druid—he was meant to be. As he encounters monsters and challenges unlike ever before, he will have to lay down his life to try to reach his mother.

Erec and Alistair journey to the Southern Isles, where they are greeted by all of his people, including his competitive brother and envious sister. Erec has a dramatic final meeting with his father, as the island prepares for him to ascend the throne as King. But in the Southern Isles, one must fight for the right to be King, and in an epic battle, Erec will be tested as never before. In a dramatic twist, we learn that treachery hides even here, in this place of noble and great warriors.

Reece, embattled and surrounded on the Upper Isles, must fight for his life after his vengeance on Tirus. Desperate, he finds himself united with Stara, each wary of the other, yet untied in a quest to survive—one that will culminate in an epic battle at sea and will threaten the entire island.

Will Gwen cross the sea to safety? Will Romulus destroy the Ring? Will Reece and Stara be together? Will Erec rise as King? Will Thor find his mother? What will become of Guwayne? Will anyone be left alive?

With its sophisticated world-building and characterization, A REIGN OF STEEL is an epic tale of friends and lovers, of rivals and suitors, of knights and dragons, of intrigues and political machinations, of coming of age, of broken hearts, of deception, ambition and betrayal. It is a tale of honor and courage, of fate and destiny, of sorcery. It is a fantasy that brings us into a world we will never forget, and which will appeal to all ages and genders. 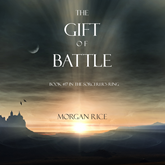 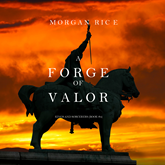 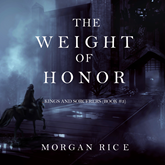 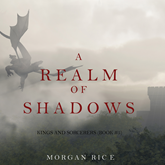 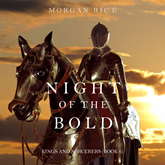 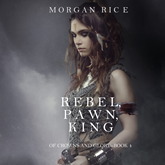