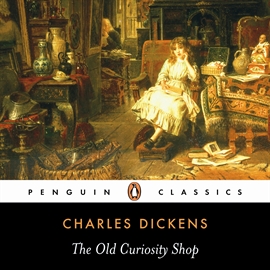 The tale of Little Nell gripped the nation when it first appeared in 1841. Described as a "tragedy of sorrows", the story tells of Nell uprooted from a secure and innocent childhood and cast into a world where evil takes many shapes, the most fascinating of which is the stunted, lecherous Quilp. Blending realism with non-realistic genres such as fairy-tale, allegory, and pastoral, the tale of Nell's tragedy contains some of Dickens most memorable comic and grotesque creations, including the dwarf Daniel Quilp, Dick Swiveller and Kit Nubbles.