The Mystery of the Four Fingers 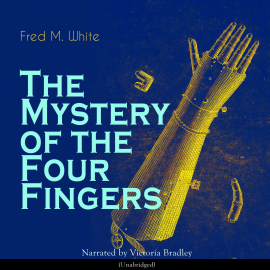 The Mystery of the Four Fingers (1908) is a novel by Fred M. White. The story starts in a London Hotel, when two or three of the finest suites of rooms were engaged by "Mark Fenwick, who was popularly supposed to be the last thing in the way of American multi-millionaires. No one knew precisely who Fenwick was, or how he had made his money; but during the last few months his name had bulked largely in the financial Press and the daily periodicals of a sensational character. So far, the man had hardly been seen, it being understood that he was suffering from a chill. Up to the present moment he had taken all his meals in his rooms, but it was whispered now that the great man was coming down to dinner.” When a box of silver appears, terror fills his heart. Why is that? Did he really have that much money? What happened to her darling daughter? These and more is revealed in this mystery.
Bearbeiten
Nach oben