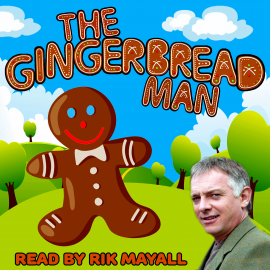 Run, run, as fast as you can. You can't catch me, I'm the Gingerbread Man! Voiced by the renown comedian Rik Mayall, this utterly superb performance will have your children in fits of laughter from start to finish.