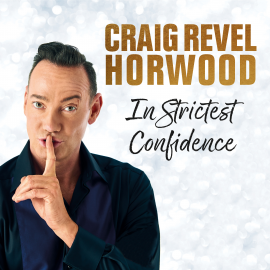 The third instalment in Craig Revel Horwood's frank and funny autobiography takes the reader through the highs and lows of the Strictly Come Dancing star's 'fab-u-lous' life. Join Craig and a host of Strictly stars – including Ore Oduba, Judy Murray and the unforgettable Ed Balls – on the show and live tours and get the real stories from behind the scenes.

The Aussie-born judge shares his famously forthright views on the changes in the show's line up, from Bruce Forsyth and Len Goodman's departures to the arrival of Claudia Winkleman and Shirley Ballas, as well as the dancers and stars.

Away from Strictly, Craig reveals fresh heartache over failed romances, his pain at losing his dad and how his work kept him from flying to Australia for the funeral. He marks the milestones in his life, including turning fifty and moving from London to live in a 'gorgeous' country pile, as well as going under the knife for a second hip operation plus a few nips and tucks.

The multi-talented dancer, director and choreographer also discusses his award-winning shows, including Sister Act and Son of a Preacher Man, and spending a year in drag as Miss Hannigan in Annie. Plus, he reveals all about his foray into movies, choreographing Hugh Grant for Paddington 2 and making his big screen debut in Nativity Rocks.

With his famous wit and a wealth of backstage gossip, In Strictest Confidence is the perfect read for all his fans as well as those of Strictly Come Dancing.
Nach oben