Bartleby, the Scrivener: A Story of Wall Street 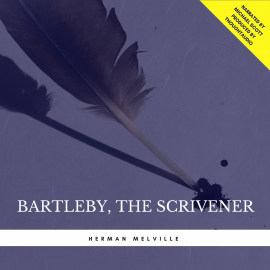 This is a short story about a lawyer with offices on Wall Street in New York City. He runs an advertisement for a scrivener, or professional copyist, for his office and Bartleby responds to his advertisement and comes to work for the lawyer. At first Bartleby appears to be a competent worker, but later he refuses to work when requested, repeatedly uttering the phrase "I would prefer not to." As Bartleby's behavior escalates, the lawyer is confronted with how he will handle and respond to this bizarre behavior.

In 2001, the story was adapted into a movie titled "Bartleby".
Nach oben