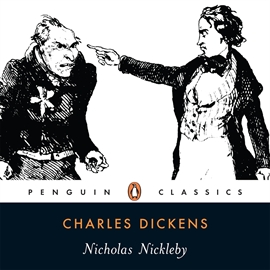 Around the central story of Nicholas Nickleby and the misfortunes of his family, Dickens created some of his most wonderful characters: the muddle-headed Mrs Nickleby, the gloriously theatrical Crummles, their protege Miss Petowker, the pretentious Mantalinis and the mindlessly cruel Squeers and his wife. Nicholas Nichleby&#39;s loose, haphazard progress harks back to the picaresque novels of the 18th century - particularly those of Smollett and Fielding. Yet the novel&#39;s exuberant atmosphere of romance, adventure and freedom is overshadowed by Dickens&#39; awareness of social ills and financial and class insecurity.