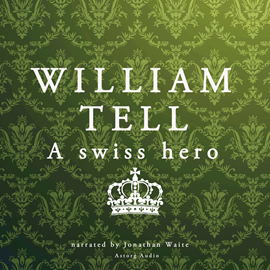 William Tell is an essential figure in Swiss patriotism. He is widely remembered for having shot an apple off of his son's head with a crossbow, but the story has more historical depth. Known as a very strong man and an expert shot, William Tell took part in the resistance against the rule of the Habsburg, the emperors of Austria who had vowed to dominate his country. He was arrested for disobedience, which led to the cruelest punishment a prince could think of.

Tell famously succeeded, but this was not to be the end of his tribulation. His struggle for liberty eventually sparked a rebellion which marked History. Rediscover a hero's tale, the story of a central figure in Swiss history; enjoy the legend and gain a better understanding of the political struggles of the time with this lively and precise audiobook.