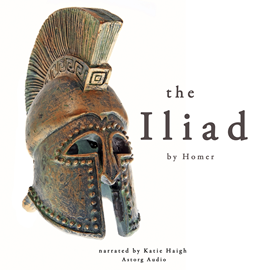 Two major epic poems came from ancient Greece and had the power to shape our culture for centuries. They are both attributed to the blind poet Homer, and are called Iliad and Odyssey. The Iliad tells the epic story of the war of Troy and its ten-year siege, bloody battles and great heroes. The mighty warrior Achilles, whose mother held him by the heel while immerging him in the river Styx to make him invulnerable, his brave companion Patroclus, kings and gods compete alike for the glory of ancient Greece, which is still resonating today.

The Iliad and its sequel, the Odyssey, are the oldest extant works of Western literature. They are of tremendous cultural importance, and their magic is still strongly alive.