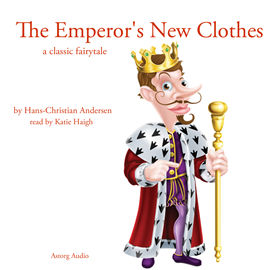 "The Emperor's New Clothes" is one of the most famous tales by Hans Christian Andersen.

The story is about a situation where "no one believes, but everyone believes that everyone else believes". An emperor whose only interest in life is fashion meets two weavers. They claim to be able to make him a new suit with special fabric, invisible to those who are unfit for their positions. What follows is a tale of embarassment, and a valuable lesson about society as a whole.

This tale is based on a medieval collection of tales with various ancient sources, such as Ancient Persian stories or fables by Aesop. It was so cleverly altered by Andersen, who thought out a whole new twist at the end, that it is now widely used as an example of social ignorance and the foolish behaviour of authority.

It has been translated into over a hundred languages, and is a major part of folk culture around the world.