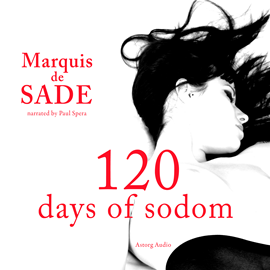 The original manuscript is now on display in Paris, and is the third most expensive kept in France, insured for 12 million euros. Four unbelievably wealthy aristocrats lock themselves in a remote medieval castle, along with forty-two victims and accomplices.

This unfinished novel is a testimony to how dark the human soul can become when pushed to its limits; it transcends pornography, and no reader can emerge from it unscathed.