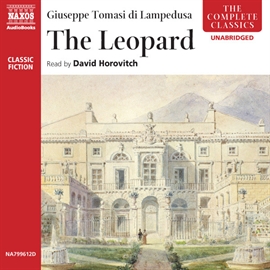 Elegiac, bittersweet and profoundly moving, The Leopard chronicles the turbulent transformation of the Risorgimento, in the period of Italian Unification. The waning feudal authority of the elegant and stately Prince of Salina is pitted against the materialistic cunning of Don Calogero, in Tomasi’s magnificently descriptive memorial to a dying age. Tomasi’s award-winning, semi-autobiographical book became the best-selling novel in Italian history, and is now considered one of the greatest works of 20th-century fiction. It tells an age-old tale of the conflict between old and new, ancient and modern, reflecting bitterly on the inevitability and cruelty of change.
Back to top